Folk art bird, my entry for @juliakponsford Art Explosion Week 61 contest! For those who aren’t aware, this contest is held on Steemit.com. Steemit is a blockchain-based blogging and social media website, which rewards its users with the cryptocurrency STEEM for publishing and curating content. I have been blogging on Steemit for almost a couple of years before reviving this blog. However, whatever I posted in this blog still get posted on Steemit through a special plugin. Anyway, enough about Steemit!

The contest theme for Week 61 is “Birds” and we are to interpret it however we like. I chose to draw a folk art bird inspired by an artist I discovered recently, the late Mirka Mora, an art icon from Melbourne, Australia. Mirka was a French-born visual artist who migrated to Australia with her husband and child in the early 50s. Mirka was an icon because she played a significant part in developing contemporary art in Australia. Her style was very quirky and whimsical. Angels and birds were among regular subjects in her paintings.

Being a Jew, Mirka experienced first hand the horrors of WW2 and was sent to a concentration camp at one point before escaping with the help of her father. According to her, the angels in her paintings were actually those poor children she saw in the concentration camp doomed to die in gas chambers…I guess she was haunted by them and immortalized them in her paintings 🙁

This is Mirka. I love how carefree and unconventional she was. Photo source: The Age 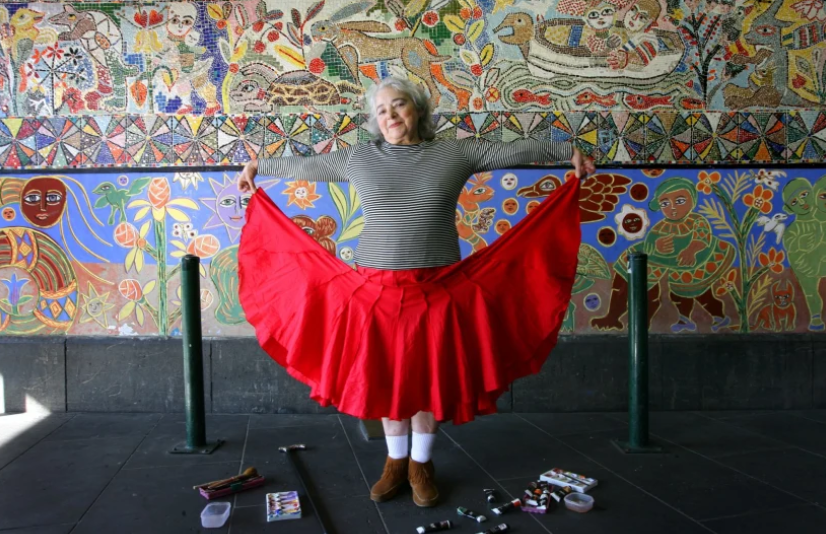 And here are some of the progress photos of my folk art bird painting. It was painted on an A6 paper. I used watercolor, watercolor pencils and markers. 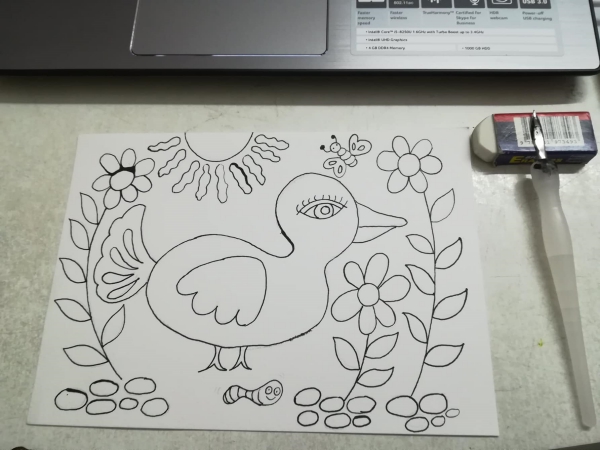 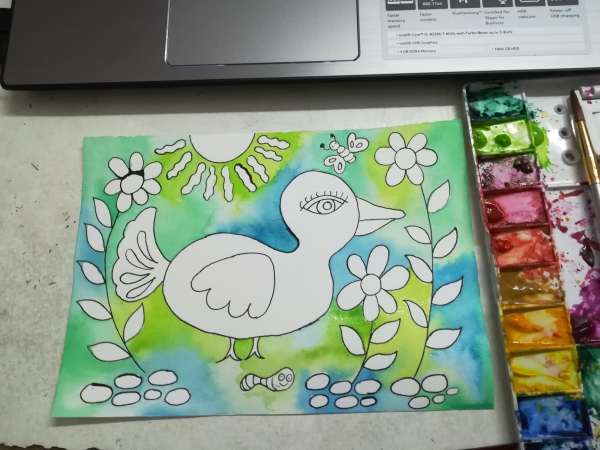 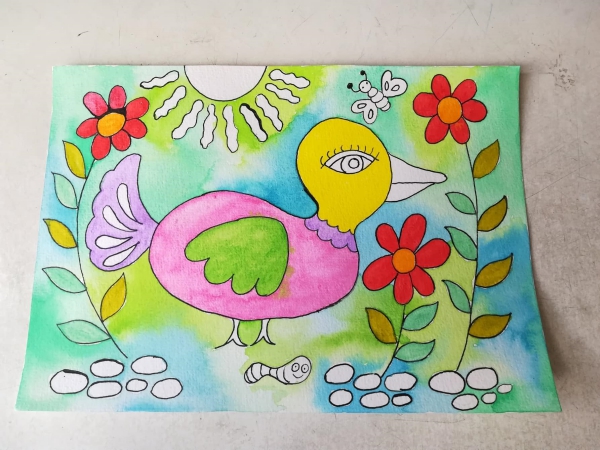 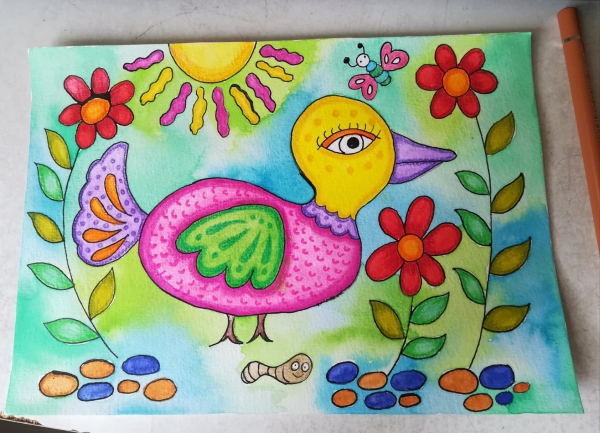 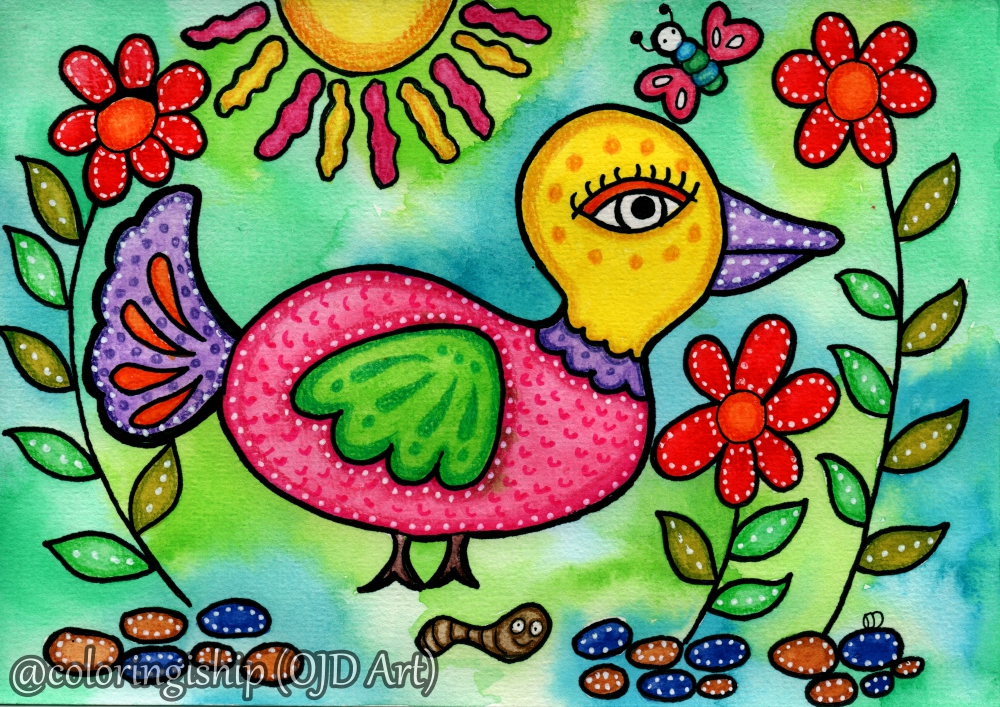 What do you think of my folk art bird?

I am very proud to present you Adult Coloring Book Treasury Vol 1 and Vol 2! Coloring Is Hip has collaborated with a team of coloring book artists from all over the world to publish these beautiful coloring books at zero profit. These books are great gifts for coloring enthusiasts anywhere.

Keep in mind that I may receive commissions when you click my links and make purchases. However, this does not impact my reviews and comparisons. I try my best to keep things fair and balanced, in order to help you make the best choice for you.

This site is a participant in the Amazon Services LLC Associates Program, an affiliate advertising program designed to provide a means for sites to earn advertising fees by advertising and linking to Amazon.com

This website uses cookies so that we can provide you with the best user experience possible. Cookie information is stored in your browser and performs functions such as recognising you when you return to our website and helping our team to understand which sections of the website you find most interesting and useful.

Strictly Necessary Cookie should be enabled at all times so that we can save your preferences for cookie settings.

If you disable this cookie, we will not be able to save your preferences. This means that every time you visit this website you will need to enable or disable cookies again.